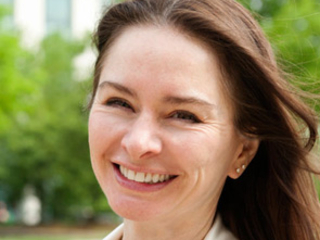 TO: UMBC Community
FROM: Karl Steiner, Vice President for Research and William LaCourse, Dean, College of Natural and Mathematical Sciences

We are delighted to announce the appointment of physics professor Jane Turner as associate director of UMBC's Center for Space Science Technology (CSST), a member of the NASA-supported Center for Research and Exploration in Space Science & Technology consortium.

Dr. Turner is assuming her responsibilities from physics professor Ian George. Our deep gratitude goes to Dr. George for his outstanding leadership of CSST.

Dr. Turner joined UMBC in 1998 and is currently a professor in the physics department. She received her bachelors in Mathematics with Astronomy in 1984 and her Ph.D. in X-ray Astronomy in 1988 – both from the University of Leicester in the United Kingdom. Arriving in the United States in 1988, she first worked as an associate research scientist for the Universities Space Research Association, based at NASA's Goddard Space Flight Center (GSFC). During her time there, Dr. Turner supported the guest observer facility for the X-ray satellite ROSAT and timeline planning for the GSFC-built Broad Band X-ray Telescope, which flew as part of the ASTRO-1 shuttle mission.

Dr. Turner and her collaborators use X-ray data to pick up signatures of material close to the black hole that lies at the nucleus of an Active Galactic Nucleus. From these X-ray signatures they can learn about accretion onto black holes, and the process of forming a wind that returns gas back to the host galaxy.

UMBC has a strong focus on space sciences, and we are proud of our long-term and mutually beneficial relationship with NASA Goddard through several major centers.

Established in 2006, the Center for Research and Exploration in Space Science & Technology (CRESST) is a cooperative agreement between UMBC, the University of Maryland, College Park, the Universities Space Research Association (USRA), and NASA's Goddard Space Flight Center.

To enhance the effectiveness of our on-campus operations and our interactions with NASA, the Center for Space Science Technology will report to the Office of the Vice President for Research, effective July 1, 2015.