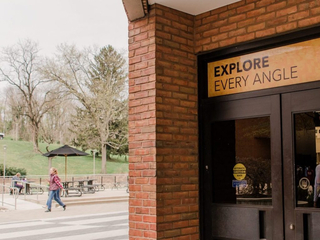 This story was written by Kait McCaffrey and first appeared on news.umbc.edu

UMBC is again one of the top 500 universities in the world, according to the QS World University Rankings. In their recently released subject area rankings, UMBC is #362 worldwide in the broad category of life sciences and medicine, performing particularly well in biological sciences. The world rankings also recognize UMBC for strengths in computer science and information systems and in physics and astronomy.

“UMBC’s College of Engineering and Information Technology (COEIT) has been incredibly successful in recruiting great teachers and researchers as faculty,” says Keith J Bowman, dean of COEIT. “It is gratifying that employers and our colleagues recognize the quality of our programs and our people.”

UMBC performed among the top 8.8% U.S. universities in the global ranking and ranked #68 among U.S. doctoral universities.

The newly released U.S. Newsgraduate program rankings highlight UMBC as having some of the best engineering programs in the U.S. The publication recognizes a broad range of UMBC engineering focus areas, including environmental, computer, chemical, electrical, and mechanical engineering.

In the humanities and social sciences, the UMBC School of Public Policy is listed as offering one of the top 100 public policy graduate programs in the nation.

Business First also just released its annual ranking of 500 four-year public institutions across the U.S. UMBC is one of the top two public universities in Maryland, and ranked #53 in the nation, improving by six places from last year.