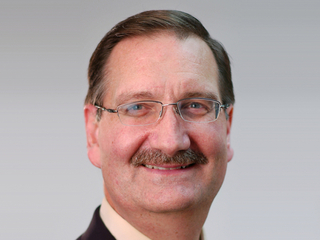 RE:  Dean Drake - Promotion to Associate Vice President for Research

I am delighted to announce that Dean Drake has been promoted to Associate Vice President for Research, effective November 1, 2014.

Since leaving the Defense Industry, Dean has accumulated over 20 years of experience in University based research.  During his nearly 15 years with USM, Dean has established and managed offices of Sponsored Programs, Research Compliance, as well as technology protection and commercialization.  He has participated on review panels, taught, and has also consulted in several areas associated with research administration.  He is an advocate for strong internal customer support, the cornerstone to effective research development.

Dean joined UMBC in 2010 as Assistant Vice President for Research with primary responsibilities for the Office of Technology Development (OTD) and for what was then known as HARPO - the Human and Animals Research Protections Office. He has been a tireless advocate for our research community over these past four and a half years.  During this time, we revamped HARPO into the Office of Research Protections and Compliance (ORPC), established Export Control and Principal Investigator policies as well as training programs, and expanded the technical skill set within the offices.  He has participated in several internal and external committees and workgroups, and was invaluable during my transition to UMBC.

In his new role, Dean’s responsibilities will formally include functional oversight of the Office of Sponsored Programs (OSP), the Office of Research Protections and Compliance (ORPC) and the Office of Technology Development (OTD). Dean has been effectively handling these responsibilities for over two years.  I am very thankful for his energy and experience, as we move forward in building a strong and sustainable research culture and infrastructure at UMBC.

Please join me in congratulating Dean on this well-deserved promotion.