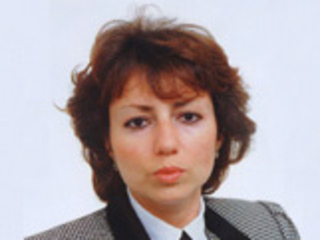 Dr. Yelena Yesha, UMBC Professor of Computer Science and Electrical Engineering, is the new Director of the Center for Hybrid Multicore Productivity Research (CHMPR). Led by UMBC, CHMPR is a multi-university research center that includes an impressive and growing array of academic, industry, and government partners.
About CHMPR
Over the past several decades, computing power has increased exponentially. Processing power (per dollar spent) usually doubles every nine months. While computing power has increased, so too has the amount of data. In many important problems – from medical research to national security – the information is too large for a single, traditional computer to handle. While some problems can be broken up nicely into smaller pieces, with each piece being handed to a different computer, there are other problems which require that a large amount of information be processed together in a more coordinated fashion.
In retail products such as home computers, smartphones and tablets, there has been a trend in recent years to put multiple processors into a single device. There has also been a trend to include specialized processors, such as graphics processing units (GPUs), which are designed to be particularly good at certain types of calculations. While it might seem that adding more processors (also known as "cores") into a device would immediately make it faster, this is not so straightforward. To achieve the best performance, the results of the calculations done by each processor must sometimes be combined before going on to the next stage in a calculation. Writing programs which take advantage of multiple cores becomes even more challenging when dealing with a hybrid system, which is a single device that includes different types of specialized cores.
With these challenges in mind, UMBC established the Center for Hybrid Multicore Productivity Research (CHMPR) in 2009. The depth of the technical challenges in hybrid multicore computing are matched by a comparably broad set of application areas of great interest to a wide range of industry and government organizations. Accordingly, CHMPR was created with support from NSF in the form of an Industry/University Cooperative Research Center (I/UCRC) grant. The I/UCRC model provides initial funding for a group of universities to conduct research that is of interest to companies and government agencies. Over time, I/UCRCs transition to being funded predominantly by these companies' and agencies' board membership fees. In exchange, the board has a voice in determining the research activities of the center and is kept up-to-date on the cutting edge research conducted by the center.
New Partnerships, Opportunities, and Leadership
Since the inception of CHMPR, when Dr. Yesha served as a co-principal investigator on the initial proposal, she has served as UMBC Site Director within the larger CHMPR. In this role, she has led UMBC's research activities and worked with Dr. Milt Halem, the director of the overall multi-site initiative. Dr. Yesha is now taking on the overarching leadership role which has been held by Dr. Halem, while he transitions to the new role of CHMPR's Executive Manager, where he will focus on leading the center's activities in the areas of hardware and supercomputing.
Yelena Yesha is a tenured Professor at the Department of Computer Science and Electrical Engineering, the University of Maryland, Baltimore County. She received her B.Sc. degrees in Computer Science and in Applied Mathematics from York University, Toronto, Canada, in 1984, and her M.Sc. degree and Ph.D. degrees from The Ohio State University in 1986 and 1989, respectively. She joined the Department of Computer Science at the University of Maryland, Baltimore County as an Assistant Professor in 1989. In 1994 she was promoted to the rank of tenured Associate Professor, and in 1995 she was promoted to the rank of tenured Professor. In 1994-1995, while on leave from the University of Maryland, Baltimore County, she was the Director of the Center for Applied Information Technology (CAIT) at the National Institute of Standards and Technology, as a United States federal government employee (civil servant). In 1995 she became the Director of the Center of Excellence in Space Data and Information Sciences (CESDIS) at the NASA Goddard Space Flight Center. She has published 12 books as author or editor, and more than 200 papers in prestigious refereed journals and refereed conference proceedings, and has been awarded external funding in a total amount exceeding 30 million dollars.
Dr. Yesha is taking the reigns at an auspicious time for the center. The growth of CHMPR has led to it maturing from a departmental center into its new recognition as a college center within the College of Engineering and Information Technology. Now in its fifth year, CHMPR has grown considerably and continues to expand its national footprint. CHMPR will soon include five university sites, with the University of California Santa Cruz and North Carolina State University joining the existing academic partnership between UMBC, UCSD and the University of Utah. Several very large public companies and federal agencies are slated to join an already impressive membership roster, which includes NASA, NOAA, NIST, FDA, IBM, Lockheed Martin and many others.
There are several proposals in development which would expand CHMPR's infrastructure, including new forays into the frontier of quantum computing. Even while CHMPR continues to grow its physical infrastructure, the center has become increasingly focused on challenges inherent to maximizing the value of very large datasets. Many of CHMPR's new projects and partnerships are less about hardware than they are about data and the role that data can play in improving people's lives. Looking to the future of CHMPR, Dr. Yesha says "we are embarking on some new research paths that will have significant human and economic impact on society. We are addressing problems of national imperative that should bring international recognition to UMBC in the fields of Personalized Medicine, Climate Change and Data Science." Despite CHMPR's many accomplishments over the past five years, it seems quite likely that its productivity and impact will continue to increase.
Tags: ovpr-news-2014
0 Comments (requires login)