Welcome to UMBC’s third Research Forum, a semi-annual series bringing together researchers and scientists from across the UMBC community and our partner institutions to establish and expand meaningful collaborations around common research themes.

Sponsored by the Office of the Vice President for Research, today’s Research Forum aims to advance cross-disciplinary, intramural, and extramural collaborations in the critical area of climate change and to spark dialogue about the role of UMBC research in this vital area for our state and our planet.

Future Research Forums will focus on similarly cross-disciplinary subjects such as the art and visualization of complex systems and the rapidly changing set of challenges and opportunities encountered in aging.

We encourage you to actively participate in today’s event, learn from the keynote presentation, contribute to the panel discussions, and meet new colleagues during the poster sessions.

We are delighted to welcome Robert S. Marshall ’88, mechanical engineering, Founder and CEO of Earth Networks, as the Keynote Speaker of the Fall 2015 UMBC Research Forum.

In 1992, Marshall co-founded AWS Convergence Technologies, the company that would become Earth Networks, by pioneering the networking of weather sensors and cameras using the Internet. Since then, the company has fostered partnerships with NWS, NOAA, NIST,

the Lawrence Livermore National Laboratory, and many other government entities. Earth Networks provides its proprietary solutions to governments at the local, state, and federal levels, and to enterprises across industries that include agriculture, energy, transportation, sports and recreation, education, and others. The company also owns and operates the WeatherBug brand that informs and alerts millions to changing and severe weather.

Bob is passionate about big data – from weather and climate observations to connected home and Internet-of-Things sensors and beyond. By developing groundbreaking technology to find ‘signals’ – valuable, meaningful intelligence – in this sea of big-data ‘noise,’ Bob believes in improving and protecting people’s lives and livelihoods. He frequently speaks at major industry conferences, including those held by the American Meteorological Society and the World Meteorological Organization, on the topics of weather technology, public-private partnerships, and STEM education. Bob has appeared on CNN, BBC World News, and ABC Nightly News, and has been quoted in major news outlets that include The New York Times, The Washington Post, Nature, and Scientific American, among others.

In May 2011 and May 2013, Washingtonian magazine named Marshall one of the region’s 100 top Tech Titans who are making the D.C. area grow. In June 2011, DC Tech Source honored Marshall with their inaugural Technology Visionary award that recognizes a person who has a long track record of identifying issues and creating solutions. 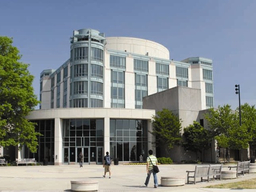