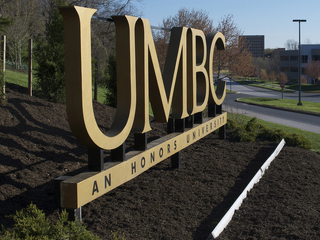 Black Sonorities explores the expansive rhetorical nature of Black music. This project argues that the rhetorical function of sound—or the interface of rhetoric and music—is as important as any other area of inquiry with respect to African-American history and culture. Undeniably, there would have been no Harlem
Renaissance, Civil Rights Movement, or Black Arts Movement as we know these phenomena without black music. Such music always has been inextricably linked to what W.E.B. Du Bois described as the “spiritual strivings” of black folks. The various genres of black music, such as the blues and jazz, are also discursive fields where swinging, improvisation, call-and-response, blue notes, the groove, and other musical idioms serve as literacy and articulate the feelings, emotions, and states of mind that have shaped African-American cultural and political development.
Marjoleine Kars, Associate Professor, History
Summer 2020 Fellow
Project: Motley Passages: Movement and Metamorphosis in Atlantic Slavery and Freedom

Motley Passages explores the lives of two highly mobile African men named Accara and Gousarie who were caught up in Dutch slavery and colonialism during the Age of Revolution. The two men lived long and venturesome lives. They crossed the Atlantic at least three times, experiencing a shift in status and fortunes each time. They fought an armed war to emancipate themselves from slavery but they gained freedom only because they betrayed their comrades. Once free, they joined the Dutch in fighting Maroons (self-liberated Africans living in the hinterlands) in Suriname. Their biographies provide an opportunity to investigate the links between resistance and collaboration.
Whitney Schwab, Assistant Professor, Philosophy
Summer 2020 Fellow
Project: The Origin of the Concept of Knowledge

The Origin of the Concept of Knowledge argues that a particular conception of knowledge that currently occupies philosophers’ attention originated in the Greek tradition with the Stoic notion of katalêpsis (often translated as “cognition” or “apprehension”). This goes against the dominant scholarly view that a preoccupation with knowledge is already found in Plato’s and Aristotle’s investigations into epistêmê. This project argues that the Stoic focus on knowledge emerged through a two step process: first Aristotle, building on ideas in Plato, introduced the notion of belief into philosophical discourse; then the Stoics, reflecting on the norms that govern belief formation and possession, introduced the generic notion of a thinker’s being non-accidentally in touch with what is the case or what is true, which is a notion at the core of contemporary epistemologists’ investigations into knowledge.
Fan Yang, Associate Professor, Media and Communication Studies
Fall 2020 Residential Faculty Research Fellow
Project: Disorienting Politics: Rising China and Chimerica Media

Disorienting Politics examines the political implications of China's "rise" in contemporary America from the perspective of media/cultural studies. Encompassing election campaign ads, popular films, shows, and journalistic accounts, these artifacts invite critical attention to the Chinese state as an agent in shaping global media culture. Focusing on transnational media as a site of cultural production, this project explores nationhood, citizenship, and race/ethnicity as key to the interdisciplinary study of politics in global contexts.
Tags: ovpr-news-2020
0 Comments (requires login)